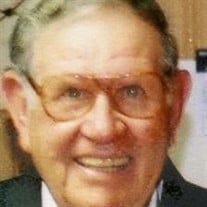 Bobby Edward Needham, born July 13, 1934 in Hico, Texas to parents JC and Lorene Needham, passed away on June 2, 2017 at the age of 82. Known to family and friends as “Bach”, Bobby was a lifelong resident of Hico, who loved and supported his hometown community in numerous ways and who was a friend to many. From serving as a deacon at First Baptist Church of Hico, Sunday School teacher, as a Mason at both the Hico and Carlton Lodges where he received the Golden Trowel Award at each lodge, as a retired firefighter and as Fire Chief, served on Hico’s City Council and School Board, was an ASCS Board Member, to volunteering as a baseball coach. Out of all his involvements however, Bobby enjoyed his family, his farm and cows, and helping friends above all else. Bobby is preceded in death by his parents and by a son, James Huey Needham, as well as a sister, Joan Vriarte. Needham is survived by his wife of 62 years, Margaret (Ogle) Needham, as well as by four children: daughters Pam Dowell (Tom) and Glenda French (Tony), and by sons Eddie Needham (Alicia) and Andy Needham (Carol). Surviving grandchildren include: granddaughters Lucretia Meer (Brian), Carrie Forehand (Brad), Dodi Acker (Bill), Gena Jacinto (Cecil), Lindsey Needham (Joe), and Cassie Needham; and by grandsons Jody Lucas, Ben Needham (Tegan), and A. J. Needham. In addition, Mr. Needham is also survived by 20 great-grandchildren and 2 great-great-grandchildren, and numerous other family members and friends.

The family of Bobby Edward Needham created this Life Tributes page to make it easy to share your memories.

Send flowers to the Needham family.