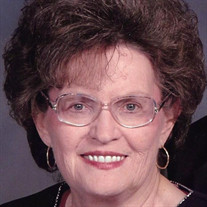 Felicia Latimer, 79, a loving wife, mother, grandmother, great-grandmother, and friend peacefully passed in her Pottsboro home surrounded by those who loved her. Felicia was born in Dalhart, Texas to Eugenie and Glynna Looney, but she was raised in Oklahoma, City. Felicia was the oldest of three daughters and is survived by her sisters, Beverly McLaughin and Judy Domer. Felicia married Don Minor in 1958 and they moved to Texas. In 1960, they welcomed a baby girl, Elaine Carol. Felicia worked for an electric company for over 30 years in Temple, Texas. Felicia enjoyed sewing, collecting birdhouses, listening to George Strait, visiting with friends, and spending time with her family. She especially loved being the big sister and older cousin. After the death of her husband in 1983, Felicia continued to work as a supervisor at the call center in Waco, Texas until the birth of her first grandson, Bryan. She retired and moved to Dayton, Nevada to be near her daughter. Five years later, Felicia and family with the addition of two more grandchildren, Steven and Chely, returned to Texas. June 2003, Felicia married William (Bill) Latimer also a retired worker from the electric company. The two families joined and merged as one big family. As Felicia aged, she loved holding her great-grand babies and making them special bathing towels. Felicia is survived by her daughter, Elaine Carol-Minor Jones and her husband Randy, children Chely, Steven, Bryan and his wife Sarah and sons Brady and Carsyn. She is also survived by her husband, William (Bill) and his sons, Ron and Richard along with their families including many grandchildren and great grandchildren. She is also survived by loving nieces, nephews, cousins, friends and heart warming neighbors. Sunday, September 24 at 2pm Felicia's family and friends will participate in a Memory of Life in her honor at 3803 Ward Neal, Willow Wood Ranch in Bells, Texas. Monday, September 25, Felicia will be laid to rest in the Carlton Cemetery in Carlton, Texas. Harvest Hills Funeral Home in Hico, Texas is accommodating her burial. Donations in lieu of flowers to any charity or library would be an honor to Felicia or treat your family to a dinner where you sit, talk, and laugh - that too would be an honor to her.

Felicia Latimer, 79, a loving wife, mother, grandmother, great-grandmother, and friend peacefully passed in her Pottsboro home surrounded by those who loved her. Felicia was born in Dalhart, Texas to Eugenie and Glynna Looney, but she was... View Obituary & Service Information

The family of Felicia Eugenia Latimer created this Life Tributes page to make it easy to share your memories.

Send flowers to the Latimer family.