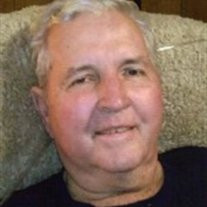 Visitation: 6-8pm, Sunday, January 20, 2013 at Harvest Hills Funeral Home, Hico, Texas. Services: 10:30am, Monday, January 21, 2013 at First Baptist Church, Hico, Texas. Burial: Carlton Cemetery, Carlton, Texas. Harold Wayne Harbour, born October 29, 1940 in Carlton, Texas passed away at home on January 18, 2013. He was preceded in death by his parents, William Lynn Harbour and Joyce Iola Broadway Harbour, and one sister Linda May Harbour Prindle. He is survived by wife, Melody Harbour of Carlton, Texas, one son, Dennis Wayne Harbour of Carlton, Texas, one daughter Melinda Kay Harbour of Fairhaven, Massachusetts, three step-daughters, Tammy Scelsi, Danielle Taylor and Jordan Slingsby, six granddaughters, Carli, Kaelyn, Makenzi, Maci, Toni Anna and Payton, one grandson Austin, three honorary grandchildren , Jason, Justin and Kate Geissner. Wayne was an active member of the First Baptist Church of Hico, Texas. He was one of the founding members of the Carlton Volunteer Fire Department and served as volunteer fireman and board member since 1976. He was a member of the board of directors for the Carlton Cemetery Association for over 30 years. Wayne’s occupations included plumbing, farming, dairy farming, and owned his own heavy equipment company, Harbour Dozer Service. Wayne will always be remembered for his loyalty to God, his family, and his friends. His honesty, dependability, and his ability to make those around him feel good even when he felt bad, was a gift that will always be cherished.

The family of Harold Wayne Harbour created this Life Tributes page to make it easy to share your memories.

Send flowers to the Harbour family.