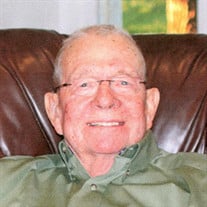 Jim Whitlock Broumley, 79, of Hico, died Tuesday, November 11, 2014 at his home outside of Hico. Funeral services will be held at 2:00 PM Friday, November 14th at Hico Church of Christ with Ken Evans officiating. Burial will follow at Country Oaks Cemetery in Hico. Visitation will be from 6:00 PM to 8:00 PM Thursday at Harvest Hills Funeral Home. Jim was born on June 24, 1935, in Mineral Wells, Texas, to the late Raymond and Laverne Whitlock Broumley. He married Linnie Virgene Watkins on August 10, 1954 in Aledo. He worked in agriculture all his life. They first became partners with Virgene’s parents in the dairy business in 1955, in Parker County, TX. Jim also trained and showed cutting horses and had a cow/calf operation. The couple moved to Hico in 1977 where they have been in the dairy business with their son Keith and his family for the past 33 years. Their oldest son David helps manage day- to-day operation of the couple’s cow operation. Survivors include his wife, Virgene Broumley of Hico, TX; son, David and wife Brenda of Iredell, TX; daughter, Cheryl Horton and husband Johnny of Quanah, TX; son, Keith Broumley and wife Dana of Hico,TX; son, Jody Broumley and wife Karen of Selden, TX; eight grandchildren, Jessie Horton of Stephenville,TX, Justin Broumley and wife Hayley of Hico, TX; Chance Broumley and wife Alyssa of Iredell; Cassie Shepherd of Quanah, TX; Sy Broumley of Austin, TX; Dusty Broumley and wife Ashley of Hico,TX; Kolton Broumley of Dallas,TX ; and Josey Broumley of Iredell, TX; 7 great-grandchildren; Beau, Briley, Case and Colt Broumley; Walker Broumley; Miley Broumley and Makenzie Broumley; brother, Scotty Broumley of Weatherford, TX and several cherished nieces and nephews. He was preceded in death by his parents, Raymond and Laverne Broumley, and his sister-in-law, Evlyn Broumley. The family requests that memorial donations be made to Foster’s Home for Children of Stephenville, TX or to the charity of your choice.

Jim Whitlock Broumley, 79, of Hico, died Tuesday, November 11, 2014 at his home outside of Hico. Funeral services will be held at 2:00 PM Friday, November 14th at Hico Church of Christ with Ken Evans officiating. Burial will follow at Country... View Obituary & Service Information

The family of Jim Broumley created this Life Tributes page to make it easy to share your memories.

Send flowers to the Broumley family.